I was sitting in a green vinyl chair in my Senior Pastor’s office in a South Texas rural Baptist Church. I was about a year and half into my first full-time youth ministry position, knowing that my experience as a youth pastor was as “green” as the chair I was sitting in.

With that said, I was trying, and I was excited about what God was doing. But I wasn’t expecting what I was about to hear from my Senior Pastor in this meeting. For four hours, I sat in that green chair, and my Senior Pastor, Rick (name changed), didn’t leave one criticism uncriticized. He had a list – a very long list – of “issues” he wanted to bring to my attention.

Now, upon coming to this church, one of my first conversations with Rick was about “expectations.” The expectations laid out were simple: “David, anything is better than what we’ve been doing. Come in and own it, bring kids to Christ and do what you think is best.”

Over that year and half, I redesigned the youth space from a fluorescent lit, wood-paneled room with gold carpet, to an atmosphere where a student wouldn’t feel like they had just walked into their grandmother’s basement. I began to preach, incorporated current worship, began community service/outreach, planned retreats, had presence at the high school and took our students to Colorado for camp. We grew. Our numbers on Wednesday night were running close to what the church was running in Sunday morning adult services. God favored me. I say that because I guessed and prayed my way through everything and learned on the fly.

So, what were his criticisms? My jeans (they were ripped in the knees). My choice to wear “thongs” (his words…a.k.a flip flops). Dimmed lighting in the youth room (because it creates an atmosphere of “spiritual darkness”). Grungy new kids attending who weren’t Christians. My overuse of the word “dude” (guilty). And that was just for starters. All of the criticisms were personally pointed in nature, and none of them were aimed at helping me do ministry more aligned with the mission of the church.

I was hurt and completely taken off guard. Afterwards, I got angry…really angry. I was driving back to my house after this “green chair” meeting, and I considered turning around a dozen times to drive to Rick’s house to tell him what to do with his list of grievances.

I didn’t. God wouldn’t let me.

Over the next six weeks, I kept my mouth shut about it. During this time, someone had recommended I read the book “Tale of Three Kings” by Gene Edwards. I was humbled and realized my job wasn’t to instruct Rick in “getting it” or for me to power up and enter into a battle of wills. My job was to…submit.

Then, the test came.

One afternoon, Rick approached me and began to explain that the church had an odor in it that, he believed, was a result of demonic presence being brought in by some of my students (if it smelled like Axe Body Spray, I would tend to agree), and that we needed to respond to this by moving the youth group to the fellowship hall. Huh? (Later, come to find out, a pipe was leaking on some old church hymnals, causing them to mildew).

This was my moment. Should I tell Rick that demons could find the fellowship hall just as easily as they found the office with the green chair?

I responded to Rick by saying some of the hardest words I’ve ever uttered in my life: “Rick, I’m here to serve you, and if this is what you think we should do, we’ll move rooms, and… I. Will. Submit. To. Your. Leadership.” *exhale*

It wasn’t very long after that moment that an “out of nowhere” ministry opening came on my radar, and God moved me to a new student ministry, where I enjoyed some of the most amazing and rewarding years I’ve had as a youth pastor. I’ve learned that the issue wasn’t Rick and his criticisms of me and the youth ministry. God was teaching me the lesson of submission, even if it meant to submit to a perceived weak and out-of-touch leader.

I’ve taken that lesson to every church and ministry I’ve served, and it’s amazing how often I’m having to apply those leadership lessons I learned at my first church. Submission has served me well. It never gets easier, but it has allowed me to avoid the traps the enemy tries to put in front of me intended to distract and cause me to fight battles that aren’t mine to fight.

“Obey your leaders and submit to them, for they are keeping watch over your souls, as those who will have to give an account. Let them do this with joy and not with groaning, for that would be of no advantage to you.” Hebrews 13:17

P.S. Five years later, after losing contact with Rick, I ran into him in a Wal-Mart and I sincerely thanked him for giving me a shot to do youth ministry. Tears welled up in his eyes and he began to apologize to me for everything, explaining that he was in a “bad place and burnt out.” We hugged, and I’ve since had the privilege to invest in his son, who is now the youth pastor at that church.

Question: What leadership challenges are you currently facing, and what could God be trying to teach you through them? 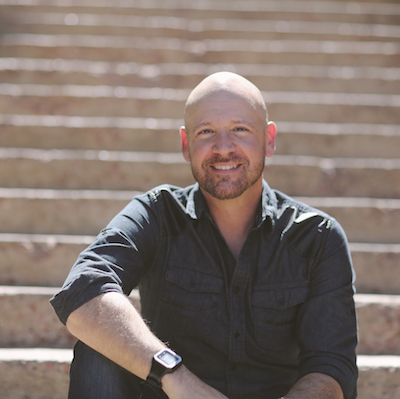 David Martin is currently the Pastor and Executive Director for Desperation Ministries at New Life Church. He has been in ministry for more than 15 years and has been involved in preaching, evangelism, evangelism
training, building and pastoring healthy teams. He is a dynamic and gifted preacher/speaker with a gift of communicating through storytelling and expository preaching to a multi-generational audience.

Want to be the first to know when we add new content to our site?
We don't send spam, just great content.
Give it a try, you can unsubscribe anytime.
Close