This article was originally written by Clayton King for Lifeway Publishers Parenting Teens Magazine and used by permission by the author Clayton King, President of Crossroads Ministries and a Youth Ministry Round Table contributor.

I converted to faith in Christ at age 14.  My story is not typical, because on the night I was saved, I sensed God calling me to preach the gospel.  It was actually while I was praying the sinners prayer that I felt a tangible touch from the Holy Spirit, and it seemed as if God began opening doors the very next day.  So for the next 15 years, I traveled the nation and the globe preaching to small and large crowds in small and large settings.  The largest audience I spoke to in those years were students.  I even began Crossroads Summer Camps where over 50,000 teenagers have heard the gospel.  Students were my life (and are still a huge part of my ministry).

At age 29, after 15 years of leading youth retreats, DNOW weekends, True Love Waits rallies, and even the occasional “lock-in” my wife and I found out we were pregnant.  The first person I called was my dad.  When I shared the good news of our pregnancy, he responded, “Son, I am so happy for you.  You’ve been teaching and leading other people’s kids for 15 years.  Now let’s see how you do it with your own.”

Those were wise and sobering words.  It’s a reality that every mom and dad faces when God blesses them with a child.  All the idealism goes out the door when reality sets in; we are responsible for this little human being!

My wife and I began the parenting journey with great trepidation and excitement, but the one area we were most anxious about in raising our kids was sexuality and relationships.  We, of all people, understood how essential it would be to begin the conversation early and to have the conversation often.  We had seen the effects, both good and bad, of parental influence (or the lack of it) on students as they matured into adolescence and eventually adulthood; there was a direct correlation between their relationship with their parents and how they did relationships with the opposite sex.  We read all the statistics and realized that our kids would be less likely to engage is sex before marriage, less likely to get divorced, less likely to abuse drugs and alcohol, and more likely to succeed in every single measurable category…if my wife and I were consistently involved in their lives while they were young.

You’ve certainly been overwhelmed by the sheer weight of being a mom or a dad.  The pressures of parenting seem insurmountable at times.  There so much to be done and little time to do it all.  Laundry and meals, ball games and piano lessons, practice and church.  The incessant, never ending emotional roller coaster fueled by your teenagers raging and changing hormones.  Then there are their friends (the ones you like and the ones you fear).  Honestly, it’s easy to get so caught up in doing things for the sake of your student that you become ignorant of your child as they face sexual temptation and cultural pressure.  Every parent knows how fast those years fly by.  Choose not be ignorant.  Choose to be an influence while you have them at home.  You cannot influence them unless you are involved in their lives.

Influence begins by being intimately involved in the life of your teenager, particularly in their relationships.  You have to get face to face with your child, and this needs to begin as early as possible.  You can’t be career driven and uninvolved until they turn 15, then all of a sudden decide you want to become the authoritative parent.  It needs to start early.  You need to start now.

If you are always there with your teenager, involved in conversations and activities, they will not only be receptive to your guidance on sexual boundaries and expectations…they will crave your wisdom and involvement!

If you take the “face to face” approach and deliberately immerse yourself in the life of your kids, it will quickly become a “shoulder to shoulder” relationship where the two of you stand side by side as your teenager faces the “no-man’s land” of American adolescence.  My dad did this with me, and I am absolutely certain that if he had not been there beside me from ages 14-18, I would have gone off the rails and destroyed my life in high school.  He was a constant companion.  He was regularly talking to me about girls.  He warned me about sex before marriage and cautioned me to avoid a few girls that I was interested in.  I trusted him when he warned me to steer clear of them because he had been there for me since I could remember.

My mom cooked dinner every night and we ate at a table with the TV off.  My dad worked a blue collar job, made it to all my games, taught me how to cut grass and change a flat tire and how to treat a woman.  My mom taught me to do laundry, make up my own bed, and clean a kitchen and a bathroom.  They both prepared me for more than just sexual purity.  They prepared me for life!  They prepared me for marriage.  I knew how to resist sexual temptation as a teenager because I knew I had a mom and dad at home who I could talk to and who I could go to, no matter what I was facing.

You’ll find that intentional involvement in your children’s lives will create trust and intimacy.  Even when they push back or seem freaked out that you ask so many questions, they internally crave your presence.  They need you to be there.  Talking face to face leads to standing shoulder to shoulder.  By the time they are approaching graduation, deciding what to do after high school, the goal is to walk with them hand in hand.

They need to be able to come to you with their sexual temptations.  They need a safe place and a Godly voice when the cultural pressures to sleep around, look at porn, and party with the crowd comes bearing down on them.  They also need to know that there are rules, and those rules come from you, not them.  You’re the parent, which means you’re in charge.  Let them know that if and when they do mess up, there will be more than just consequences.  There will be forgiveness and unconditional love.  If you’ve already been intentionally involved for years in their lives, you won’t have to say that to your teenager.  They will know it intuitively.

When I was a Junior in high school, I wanted to have sex so bad I could hardly stand it.  I had committed myself to the Lordship of Christ and committed my body and mind to staying pure until marriage, but it seemed impossible at times.  Then the unthinkable happened; a girl at school asked me to sleep with her.  The inner conflict I felt almost drove me nuts.  It was all I could think about.  I sat beside her everyday in class and everyday she let me know that she was ready when I was ready.  The one thing that kept me from giving in to the desire to have sex with her were the multiple conversations I had with my mom and dad about the situation.  I can sum it all up in three words:

It’s not rocket science or brain surgery.  You don’t have to have all the answers.  You don’t need a counseling degree.  You don’t have to be a seminary graduate.  If you want your son or daughter to see sexual purity as a reflection of their walk with Christ, if you want them to honor God with their bodies, and if you want to one day see them flourish in a Christ-centered marriage, then it’s actually easier than you thought.

YOU HAVE TO BE THERE. 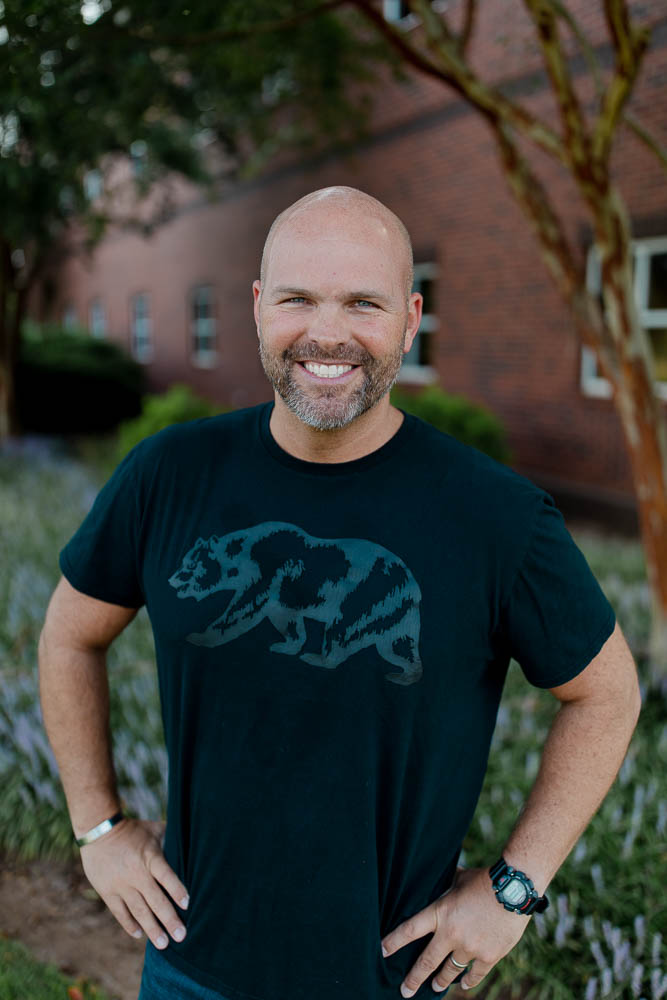 http://www.claytonking.com/
Want to be the first to know when we add new content to our site?
We don't send spam, just great content.
Give it a try, you can unsubscribe anytime.
Close